Gulliver’s Travels in Lilliput (Board book)

Evergreens: The Portrait of a Lady

The Wonderful Wizard of Oz & Glinda of Oz... 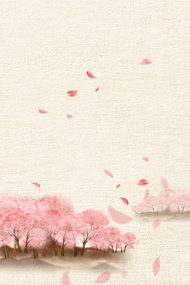 The third series of the celebrated Vox Machina Origins comics, from Critical Role and Dark Horse!

Vox Machina enjoy a week in Westruun’s lap of luxury leading up to the Winter’s Crest Festival. But that costs coin, which has a bad habit of running out, so they join an underground fighting ring and bash their way to cash. Unfortunately, their ring-fighting turns out to be just a warm-up for a cold reality when a mysterious attack on Winter’s Crest festivities leaves the whole town magically frozen--including one of their own. Vox Machina will have to save the day again, against a much bigger foe than they first realized!

Jody Houser decided she wanted to be a writer when she was eight years old and never looked back. For better or worse, no one ever suggested that she stop. She earned her MFA in Creative Writing at Emerson College in Boston, where she completed her master’s thesis in screenwriting and was a winner of the Rod Parker Fellowship for Playwriting.

Starting in 2006, Jody began experimenting with webcomics. She is the creator behind the webcomic Cupcake POW!, which launched in 2010 and is currently available on ComiXology.

Jody has written Faith for Valiant Comics, Max Ride: Ultimate Flight and Agent May for Marvel, and Orphan Black for IDW. She has been a contributing writer to numerous comic anthologies including Avengers: No More Bullying, Vertigo CMYK: Magenta, and both Womanthology series.